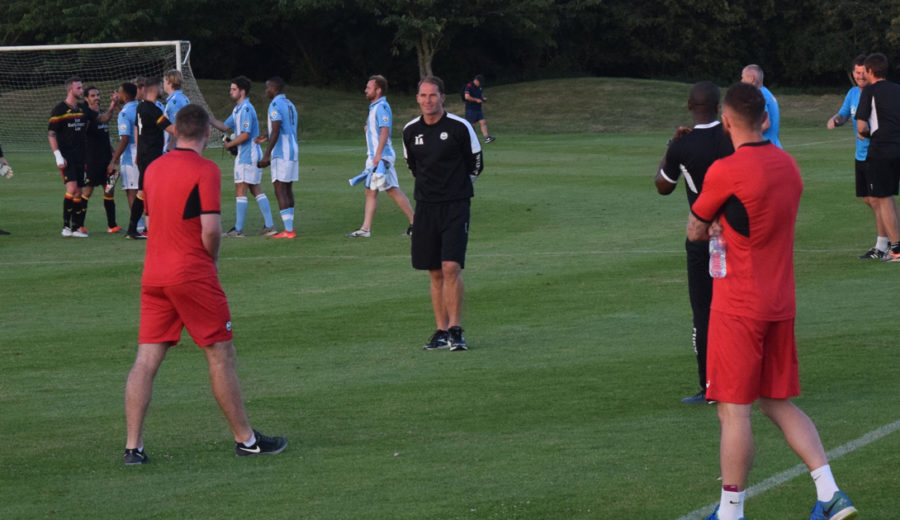 Pre-Season Round up with Alan Archibald – Part One

Pre-season is one of the most important periods of the season for any team. It’s a time for new signings to get to know their teammates, for injured players to rehab and for the existing squad to regain match sharpness. A good pre-season provides a solid base for a successful campaign and that’s exactly what Alan Archibald has been looking for this summer. Running tests, intense drills and training games have all been on the Jags’ agenda as the squad build towards their return to competitive action against Livingston in the Betfred Cup. Alan Archibald spoke to ptfc.co.uk about the 2017/18 pre-season experience as his side prepare for their final friendly before the Betfred Cup begins.

After a supremely successful season at Firhill last campaign, Archie insists that the squad are feeling good ahead of the new season.

“The boys are raring to go. We had a good break in Essex last week, the facilities and the weather were excellent. The lads really enjoyed it and benefitted from it too, now they’re just waiting to get back into competitive football.”

One of the key components of a successful pre-season is an effective fitness team. Junior Mendes and Carlos Valenzuela Sanchez play that role for Thistle and the manager is grateful for their efforts during the close season.

“It’s vitally important to have good fitness coaches. Things have advanced greatly since I was a player. They check everything from height to hydration and it’s a truly rigorous process. The eye can only see so much and having those guys tell us when certain players are fatigued or under-working is incredibly helpful.”

So far this summer, we’ve seen three players arrive, two depart and two sign new deals with the club. With that in mind, Archie gave us a bit of insight into just how much of his summer is consumed by transfer dealings.

“It does take up a lot of time but I make sure that it doesn’t distract me from first team matters. The players rarely know anything about potential transfers and it’s more about time spent on the phone for me after training.”

One of the incoming players that the manager has brought in this summer is Niall Keown. The defender is a well-known figure around Firhill after impressing during a loan spell here last season and the gaffer was more than happy to chat about his latest acquisition.

“As I’ve said on a number of occasions, Niall was our key target for this window. A lot of focus was on whether or not Liam Lindsay was going to leave but we wanted to bring Niall back regardless. We’re absolutely delighted to get him on board. We had to pay a small fee to Reading for his release but it will be well worth it. Now, we have to get him up to speed as he hasn’t completed a full pre-season so we’ll have to provide a schedule for him.”

Archie feels that the fact that Thistle can attract talent such as Niall shows just how far the club has come in recent years.

“I think it definitely shows our progression as a club. Also, the length of contracts that we’re handing out as we build for the future. When we were promoted in 2013, we were much more short sighted in our planning as we were just looking to survive. Now we’re in a place where we have a strong spine of the team signed up for a number of years and we are always improving.”

As the club continues to improve, one of the key factors in that stable progress has been keeping the squad’s best performers at Firhill if possible. Ryan Edwards and Tomas Cerny have both penned contract extensions recently and the backroom staff will be looking to tie more first team players down to longer deals over the coming months.

“Tomas is an incredible goalkeeper and we’re glad to have got him on an extended deal. Ryan is someone who had a standout season and he still has more room to grow. He wants to add goals to his game and that’s his aim this season. He has plenty of energy and desire but he has to just add that killer touch at the end. We are hoping to complete another one or two extensions in the near future.”

Part two of the gaffers chat will be published on ptfc.co.uk at 10am on Tuesday 11th July.

Archie has committed, will you join him? 2017/18 season tickets are now on sale.