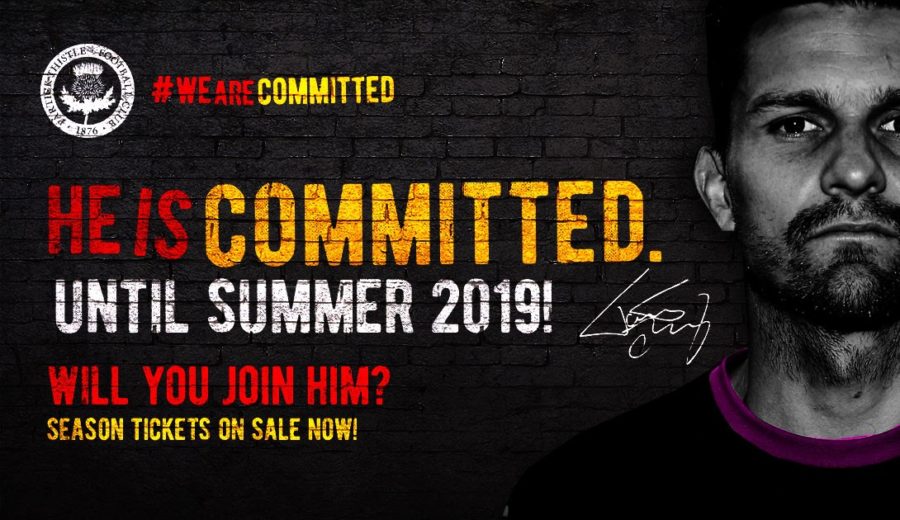 This afternoon another of Alan Archibald’s squad has put pen to paper on a contract extension at Firhill.

Goalkeeper Tomas Cerny has penned a one year contract extension with the club, meaning he will remain at Firhill until the summer of 2019.

The Czech custodian arrived at Thistle two years ago and has been a standout for the Jags since making his debut, away to Hamilton Academical, in August 2015. His performances in his maiden season with the club saw Tomas win the McCrea Financial Services Player of the Year award.

Thistle’s number one continued his outstanding form during the 2016/17 campaign and made a number of vital saves as the club secured a top six finish.

With the Betfred Cup group stages starting in less than a week, all at the club are delighted to see Tomas commit his long term future to Partick Thistle and look forward to watching him produce more top quality saves in the next two years.

Tomas has committed, will you join him? 2017/18 season tickets are now on sale.

You can still sponsor the boots of Tomas. For more information please contact