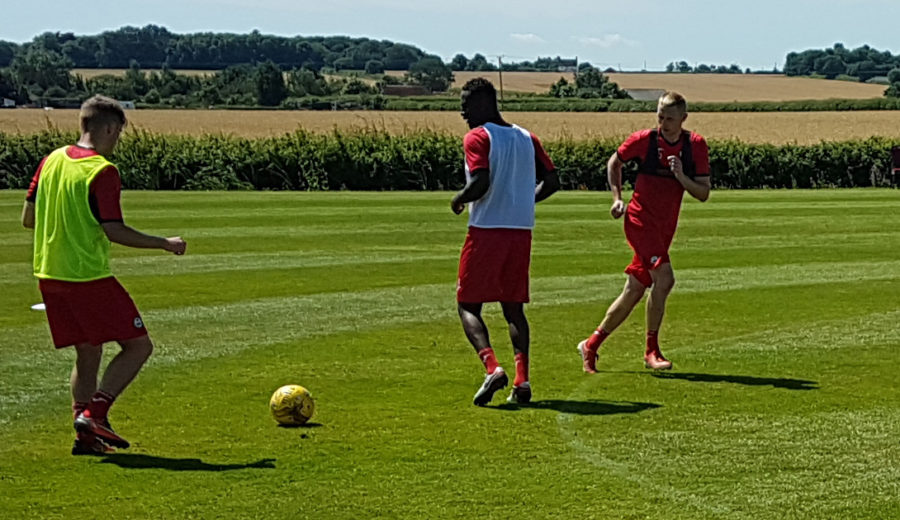 A week of hard work for Erskine

Chris Erskine has enjoyed his week down in Essex as the team spent a week in the Southern sunshine ahead of the new season starting.

After a draw during the week The Jags took on much harder opposition in the shape of Southend United and despite an impressive display, had to settle for a 0-0 draw.

Speaking to ptfc.co.uk after the game Chris said:  “It’s been a good week away, training and having the two closed door games too. I think we are all feeling fitter and now we are ready to get home and look forward to the season starting,

“The game against Southend was a tough match for us, they are a good team and hard to play against but I thought we done well and it was a good test for us. The  two matches were against two different sort of teams which is good for the season ahead. Hampton sat in while Southend came out more, so it let us put different game plans into action.”

Erskine admits the week has been good with their every need catered for.

“It’s good to get away and let the new boys fit into the group and it lets us work hard and just concentrate on nothing but training. We get to train and then get our food and everything provided so we are just concentrating on nothing but that. Every day we train, eat, recover and then we go again. It makes such a difference and it’s always the hardest week of preseason.”

The team travel back to Glasgow before taking on Dumbarton, where the fans will get their first glimpse of the squad ahead of the new season.

It’s just under a week now until the first competitive match and Squiddy knows it’s important to start well.

“It’s important to hit the ground running in the Betfred cup, I like the format of it and the rest of the boys have said the same. Friendly games just aren’t the same so it’s good to get right into competitive games. We know we have to perform straight away though and make sure we progress.”

Chris has committed, will you join him? 2017/18 season tickets are now on sale

You can still sponsor the boots of Chris. For more information please contact