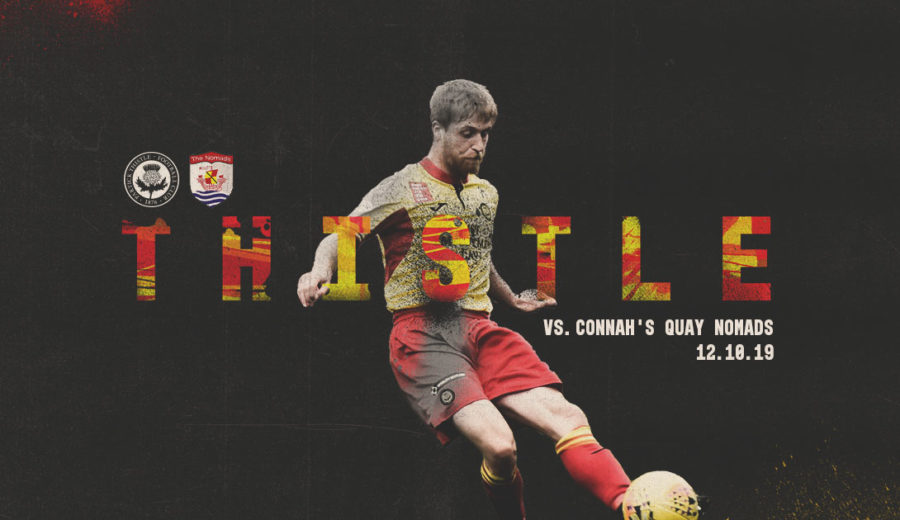 Robson knows what to expect

Tommy Robson is itching to get back out on the field after the disappointment of last weekend’s defeat to Queen of the South.

The defender knows Saturday’s Tunnocks Caramel Wafer Cup game against Connah’s Quay Nomads presents another opportunity for the players to start a run of good results but he’s expecting a tough game.

Speaking to ptfc.co.uk he said: “After the result last week and getting beat we are looking forward to getting back out there and moving on from that.

“We thought perhaps we should have taken more from the game last week, but we know there are things we need to improve on and Saturday is a chance to go out and do that.”

After progressing in the Betfred Cup to the quarter-finals, Robson knows the record in cups is good but he is hoping this can improve that record further while transferring into the league too.

“We’ve done well in the cups so far this season so we want to go further in this competition too, It doesn’t matter if it’s the league or the cup, we want to go out and win matches.

“We want to start to go on a run of good results; it doesn’t matter if that’s in the league or the cup, winning games is what we want to do because we know we have to start being consistent and picking up a number of results in a row.”

The Tunnock’s Caramel Wafer Challenge Cup might not be taken as seriously by some but it’s a competition Tommy says the squad want to do well in and it doesn’t matter what the game is in, he has only one thing on his mind.

“It’s massive in our league to string results together and although Saturday isn’t in the league it’s a chance to get a win and take that form and confidence into the league, so we’ll be giving it our all on Saturday.

“Personally, I want to win every game I play, it doesn’t matter what competition it is and I think others in the squad will have the same mindset, we will go out on Saturday and give it our all. It’s a competition we want to go all the way in but we take it one round at a time and know we have to win on Saturday if we are to progress further.”

While it’s the first time Thistle have faced Connah’s Quay and it’s something new for the fans, the defender has lined up against them before.

Falkirk faced the Welsh side at the same round last season so the Jags number 15 knows exactly what to expect.

“I played against them last season in this competition at the same stage, so I know what to expect. They are very direct and physical, so we know we’re in for a battle. They are a good side as others have found out, so we go into it expecting a tough game.

“Steven Saunders and Scott Fox have played against them too, so we’ve been able to tell the other lads what to expect. That is good because it means we aren’t going into the game blind; we know it will be a hard game and have to be on our toes and make sure we perform to how we can if we are to progress to the next round.”

Robson has lined up in his more familiar left back role in recent weeks but knows he has to continue to perform well if he’s to keep his position in the team.

“I’ve been back playing left back which is my normal position but I know competition is high at that position with Penners, he’s a great player so if I’m to stay in the team I need to perform and I’ll continue to try and do that when I’m selected.

“Competition is great like that for a team, because everyone has to give it their all and has to perform every game and every training session or there is someone good there that can take their place”

Can’t make it to the match? JagzoneLIVE will bring you coverage of the full 90 minutes through our audio commentary service which begins begins at 5:00pm – you can listen in here.