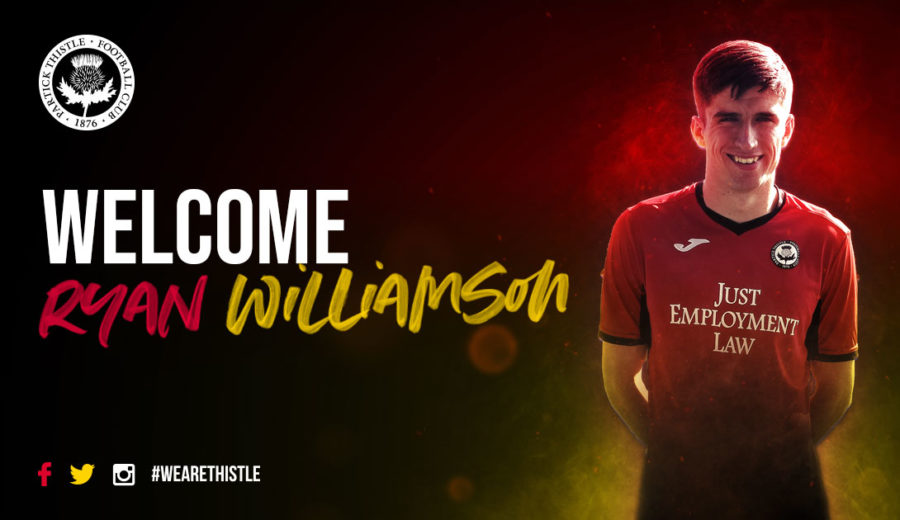 Ryan Williamson is a Jag

Partick Thistle can today confirm defender, Ryan Williamson, has agreed to join the club when his current contract with Dunfermline Athletic expires on July 1st 2019. The 23-year-old right back will join Thistle on a two-year deal.

Ryan arrives in Maryhill having recently ended a nine year stay with Dunfermline Athletic where he played more than 125 times.

The Kirkcaldy native started his career with Rothes Juniors Boys Club before joining Celtic in 2008. He made the move to the Pars two years later. His first team debut for Dunfermline came at just 17 years old in a League One fixture against Arbroath, as Ryan came on as a substitute in the 84th minute.

Williamson also has some international experience having turned out four times for Scotland’s under 21 side.

On signing the deal, Ryan said:

“Obviously I’m delighted to get the deal done. I found out a couple of weeks ago that the Club was interested and I knew right away that it was a move that could be perfect for me. I had a chat with my family and friends and the decision was pretty easy from there to be honest.

“I’ve been at Dunfermline for a long time now and I’m ready for a fresh break and a new challenge and I really think this move could be the making of me. Everything about the club excites me, there’s plenty of ambition here and I think it is a fantastic place for me to really kick on. I honestly can’t wait to get started.”

Ryan will wear the number two for Partick Thistle.