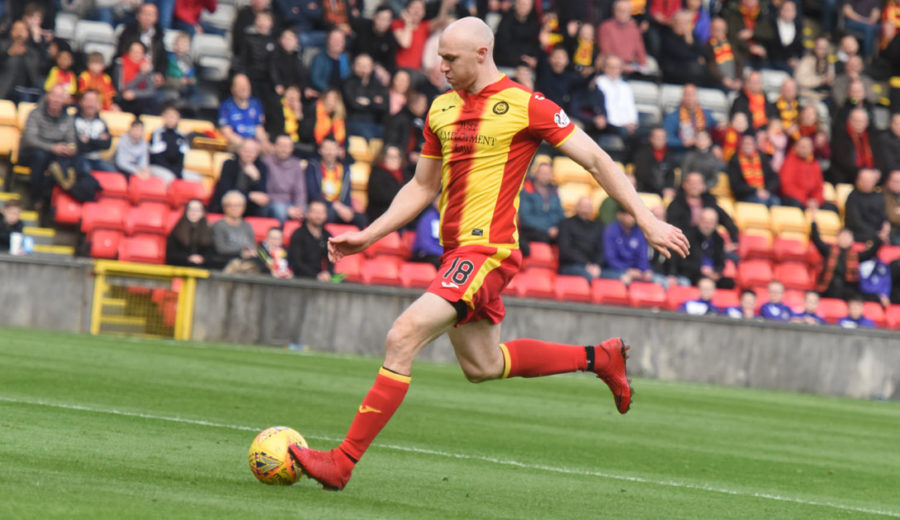 Sammon: We will keep fighting

Conor Sammon admits the side were disappointed only to get a point against Ross County on Friday night.

Despite a bright start and going ahead, Thistle could only get a point in the hugely important match leaving them with everything to do over the last two games against Motherwell and Dundee.

The striker felt losing the goal just before half time gave the visitors a lift.

Speaking to ptfc.co.uk the Irishman said: “We were disappointed with the result and only getting the point. We started the game really well and got the goal and then didn’t take advantage.

“To concede how we did and let them back into the game it just gave them a big lift and we didn’t play well in the second half.”

Thistle still looked like they could go on and win the match but despite some chances and a few penalty shouts, the Jags couldn’t find that elusive winner.

“The game was really scrappy and although we looked like we could go on and win it towards the end of the game we couldn’t get the goal.

“We had some good chances towards the end, Danny Devine had a header and we could have got the win but it wasn’t to be.

“There were a couple of penalty shouts towards the end, I’ve not watched them back but the one on Draper especially looked a real penalty. Sometimes you get them, sometimes you don’t but we move on and look ahead.”

Despite dropping points the draw maintained the gap to bottom place but Conor was looking to extend that gap.

“It’s a better result for us than them but we were looking at it as a real opportunity to move further ahead and make up ground on those above us so we are really disappointed.”

Thistle are back in action tomorrow night when Motherwell visit The Energy Check Stadium at Firhill and the striker knows a win is vital.

“We will recover well and go again on Tuesday. We will work hard and try and get the points we need. We are on an unbeaten run and we need to continue that and pick up the wins now.

“We know the position we are in and we are all fighting for our lives and have two massive games left now. We have to stay positive, take the positives from this game and look to win on Tuesday.

“We will keep fighting on, we are getting so close to the end of the season, you have to work hard, fight and put everything into getting every point you can.”

Sammon is hoping the fans will again loudly back the side again after a good atmosphere against County.

“The match coming so soon is good, especially at home. Our home form has been better than our away form and the fans really got behind us again.

“Hopefully they will do the same on Tuesday and really come out and roar us on in another important game.

“Night time games are always great, I thought that added to the game tonight as well, it will be similar on Tuesday.”

More reaction from Kris Doolan and Martin Woods as well as Jags gaffer Alan Archibald is available now to Jagzone subscribers. Log in now to see it.