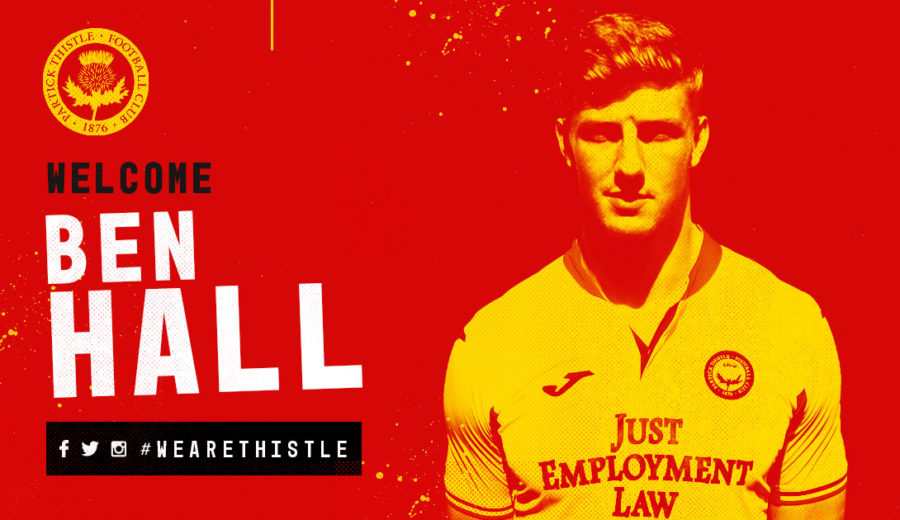 Partick Thistle can today confirm the signing of 22-year-old defender, Ben Hall, on a deal until January.

Hall started his senior career at Motherwell where he made 19 first team appearances before joining Brighton and Hove Albion in 2016 for an undisclosed fee.

He spent time on loan at Notts County during the 2017/18 season playing 11 times at EFL League Two level. During that spell at Meadow Lane, in his nine starts, the Magpies conceded just six goals and Hall only tasted defeat twice.

Ben has also represented his country at youth level having turned out for Northern Ireland at a number of levels; most recently the under 21 team.

He will wear Thistle’s number five jersey for the 2019/20 season.

After completing his move, Hall said:

“I was out of contract with Brighton and I left in May so I’ve just been looking for a club really and the gaffer got in touch to ask me to come in for training so I’ve been in for a bit and I’m delighted to finally get something sorted.

“From the first day, the guys have been bang on with me and helped me settle in really easily so that’s been nice too.

“For me, this season’s going to be about getting back playing football and enjoying it again. From my time in Scotland before with Motherwell, I really enjoyed my time there so I’m hoping it can be the same here.”