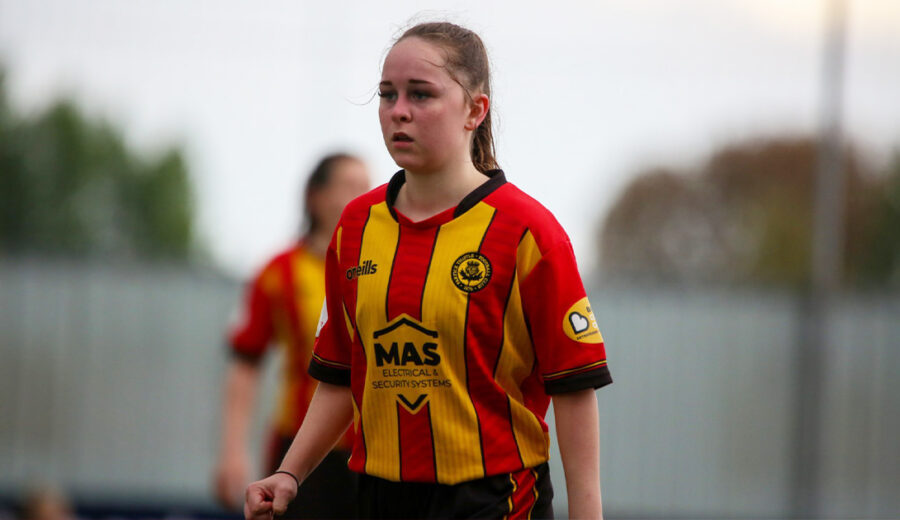 Taylor Hamill commits for next season

Partick Thistle Women’s FC is delighted to announce that Taylor Hamill has agreed a deal to stay with the team for the 2022/23 season.

The midfielder became a Jag back in January following a successful trial period with the squad during which she featured against Celtic and Glasgow City.

The former Hearts player, who has played most of her football in red and yellow on the flanks, finished the season having made 13 appearances including eight starts.
She also managed to get her first goal for the club before the end of the campaign, netting the second goal in our 4-2 Biffa Scottish Women’s Cup quarter-final victory over Hibernian at Petershill Park.

PTWFC manager Brian Graham said: “I’m looking forward to watching Taylor progress further next season in Red and Yellow. She had a great start to her Thistle career after coming in late and we were just starting to see exactly what she could bring to this team when she was unlucky to be sent off against Aberdeen and had to miss the last few games of the season.

Taylor Hamill said:“I’m really excited to be back next season. I’ve really enjoyed my time here so far so can’t wait to get back for pre season and get going again. I’m looking forward to seeing what we can achieve together next season”