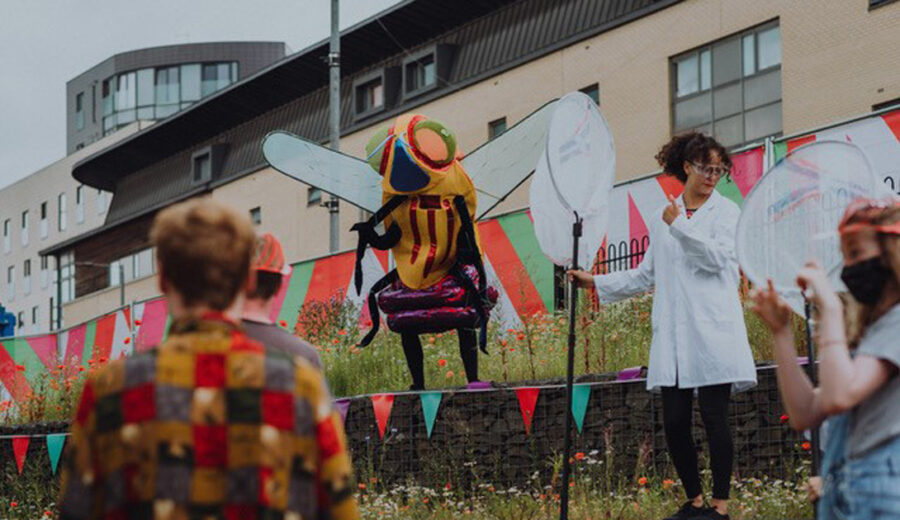 This Saturday, during the half time break of our game against Hamilton Academical, we will be hosting an educational street theatre performance.

With the team set to fly out to Malawi in the coming weeks, Saturday will see the group practice their performance in front of the Firhill crowd for the first time before they perform educationally at football matches in Malawi.

Partick Thistle Chief Executive, Gerry Britton, said: “When researchers at the University of Glasgow reached out to us late last season about the prospect of performing an educational street theatre performance ahead of their trip to Malawi, it was a no-brainer for us to give them the platform to rehearse.

“The work being done by the University of Glasgow and Surge Theatre to raise awareness of infectious diseases in Malawi is critically important and if we can help by giving them a platform then it is the least we can do. Everyone at Thistle wishes all involved the best of luck with all performances – both at Firhill and in Malawi itself.”

Stay alert! Our crack team of scientists will be at Firhill on Saturday 6th August to keep any nasty infections spotted at bay. If you see them don’t worry! In fact, they may even try to recruit you to their team!   Rumours are that a giant Tsetse fly carrying infection is on the loose, and it is only through banding together as one giant immune system that we can beat the infection together!

Our microcosm of microbiology gives the fans a chance to get involved with learning the science behind the spread of infections and the role of antibodies within the body.

Let’s hear it for our super scientists!

A collaboration between the Wellcome Centre for Integrative Parasitology, University of Glasgow School of Life Sciences, Surge, Kamuzu University of Health Sciences and Malawi VOICES.