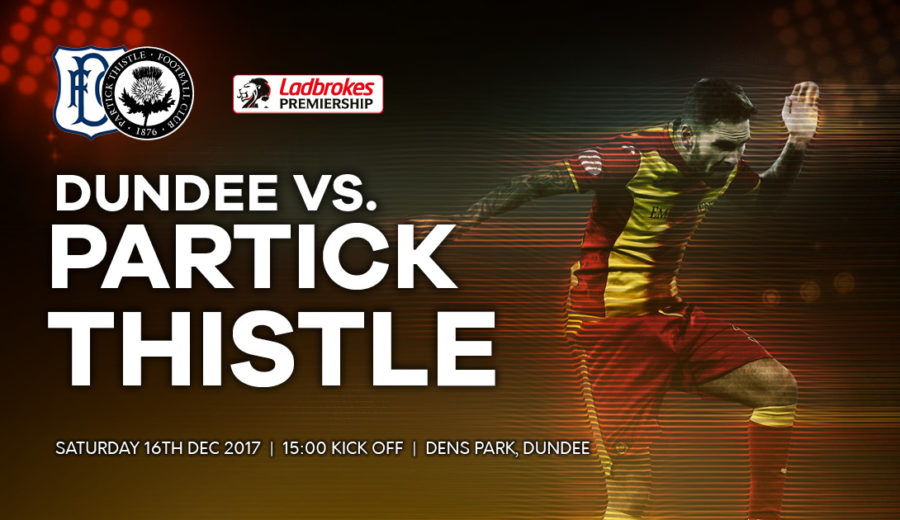 Martin Woods came into the starting XI for the first time in red and yellow on Wednesday night as Thistle won an enthralling home encounter against Motherwell 3-2.

Now Martin is hoping to show more of what he can bring to the team and help move Thistle off the foot of the table with victory over Dundee.

The midfielder feels the match on Wednesday proved to a lot of people that the squad are willing to fight for everything.

Speaking to ptfc.co.uk he said: “There is a lot more confidence within the squad after the result during the week. It was a massive result but we have to build on it now, we can’t get complacent”

After the poor result and performance against Kilmarnock, some had questioned the desire from the players but Woods felt the team showed plenty of that on Wednesday

“We changed the way we played and it was good to know that we can fight for it; we can play the nice football but we can also mix it.

“Some people doubted we could do that, that we could go out there and fight and I think we have shown we can.

“If we can put the graft and grit in and play the football we can then I’m sure there are good things round the corner.  I think we were guilty of being too nice before and we know now we can show another side to the game and it’s about believing in ourselves and going out and working for everything.”

Woods admits the players met in the wake of that Kilmarnock result and what was said could be the start of upturn in form.

“The result against Motherwell was massive and we have to build on that. We started the game well and flew out the traps. It shows how important starting the game brightly is. I think a lot of the games in this league, the team that scores first usually wins.  If you don’t start the game brightly then you can find yourselves behind and it’s a struggle after that and you have an uphill battle.”

“It was good to get back in from the start. I’m still a bit behind fitness wise, I hadn’t played in quite a while but it was a case of going out and giving it my all for as long as I could. It was a tough game on the legs due to the way Motherwell play and quite a few of the boys said it was a tough one. It maybe wasn’t the ideal game to come into for the legs but I really enjoyed being part of it and it was even better to get the win.

“Hopefully I can show more of what I’m about, I usually like to try and get on the ball more but it was good to get out and get involved and show I’ve got other sides to my game.”

A win on Satuday lifts Thistle off the bottom of the table and there isn’t a bigger incentive according to the midfielder.

“It’s a huge incentive knowing a win over Dundee will take us off the bottom of the table, it’s massive and would be brilliant to get ourselves off the foot before we have to go and play Celtic, that’s a game in hand and if we go into that off the foot then we go in confidence with nothing to lose.

“We have to take things one game at a time, it’s an old cliché but it’s important we focus on the Dundee game and try and build on the Motherwell result.”

“If we can stay in the pack come the January break then it’s massive. We’ve had a lot of injuries and that will hurt any team. We still believe we have enough in the squad just now to win matches and play well but with so many players out it has been tough. However if we stay in that pack come January and get a few of them back, it sets us up nicely for a strong finish to the season. “

“I’m hopeful for the rest of the season; I felt Wednesday night was a turning point in the season. I’ve obviously only just arrived but I think the boys showed what they can do, what they are about and I think now we can build on that and that starts on Saturday against Dundee.”

Can’t make it to the Dens Park? Jagzone members can listen to live audio commentary of the match. JagZoneLIVE begins at 2:30pm on Saturday.