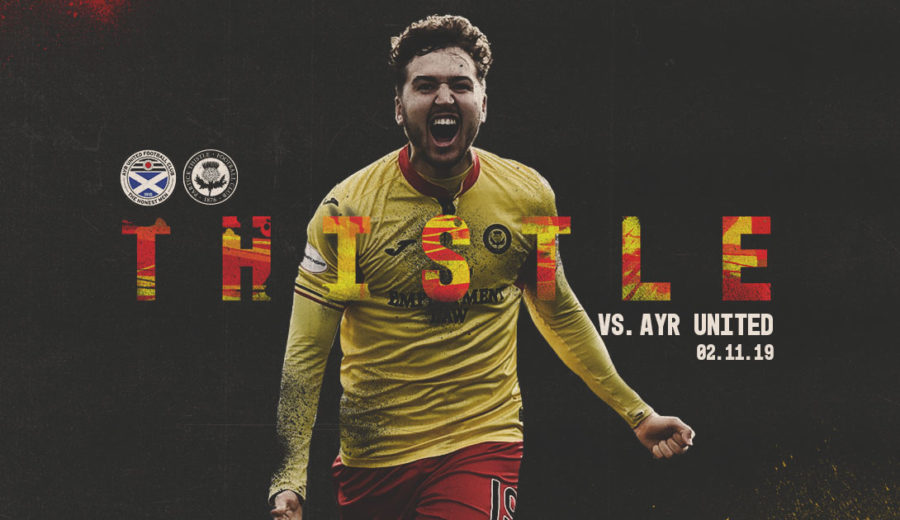 Having played 45 minutes in Partick Thistle’s defeat to Arbroath, Dario Zanatta managed a full 90 on Tuesday night against Dundee United as the Canadian made his full return from a shoulder injury. The number 19 was a consistent threat at Tannadice as the Jags narrowly lost out at the home of the league leaders and will be hoping to continue with another dangerous showing at Somerset Park this weekend with the Maryhill men taking on Ayr United. Zanatta spoke to ptfc.co.uk ahead of the game, first reflecting on the defeat to United in midweek:

“We want to take some positives from that game. The boys felt like we should have got something from the game; at least a point and, personally, I thought we deserved all three so it was definitely a disappointing result.

“The manager was focusing on the positives right after the game. He said that it was probably the best he’s seen us play since he’s been here so we have to carry the things we did well forward, keep our heads up and try to get the win to go with the performance against Ayr.”

On a personal note, the former Hearts man played the full game at Tannadice which he hopes means his injury problems are now behind him.

“I feel like I’ve recovered now. Of course, there was a bit of fitness for me to get back after missing a bit of time but to get a full 90 on Tuesday was ideal and I haven’t had any setbacks or anything so I’m just looking forward to the next game.”

After taking on the table-topping Tangerines earlier in the week, Thistle now face the challenge of the Championship’s second-placed team in Ayr United who are just three points off United and Dario is expecting another very tough test against the Honest Men.

“They got a really good win against Morton this week so we know they’ll be full of confidence after that and Somerset Park is never an easy place to go anyway. They’re obviously in a bit of transition at the moment with the change of manager but they’re a well-run club with a settled squad so I don’t think that will affect them all that much.

“They gave us a really tough time last time we played them after the two red cards but we played well on that day before the sending offs so we have to go into this one with plenty of belief.”

The game represents Ian McCall’s first against Ayr since leaving the Honest Men for Thistle in September and Zanatta says that the gaffer has been passing on little bits of advice on how to beat a team that he built over the course of several seasons.

“If there is any team that he can give us extra advice about it would be Ayr and any little bits of information he’s given us will hopefully help us get the win. He’ll have a pretty good idea of how they’ll approach the game and will be able to set us up in the best possible way to counter them.

“It’ll be a big weekend for him personally because you always want to do well when you go back to a former team whether you’re a player or manager so if we do our jobs right then we can get that win.”

Now, entering November, the league is beginning to take shape and Dario knows that if the team want to be pushing up to the top end of the table then they have to start winning games sooner rather than later.

“Thankfully the league hasn’t spaced out too much quite yet; it’s still fairly tight. That means we’re not in panic stations yet but we do have to pick up more points and hopefully we can get a win on Saturday that can kick-start a run for us.”