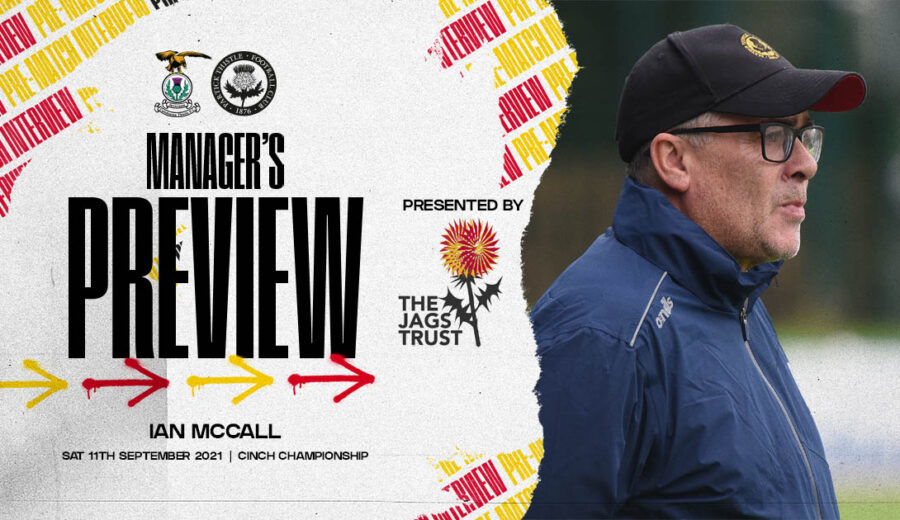 Following victory over Stranraer in the SPFL Trust Trophy, Partick Thistle return to cinch Championship action against Inverness this Saturday. The Caley Jags are the early pacesetters in the division having won all four of their games so far this season while the Maryhill men sit in second place, three points off the top. Not only have Inverness won all of their league games up to this point, they’ve done so without conceding a single goal meaning Thistle’s free-scoring attack will be put to the test at the Caledonian Stadium. Jags manager Ian McCall spoke to ptfc.co.uk ahead of the trip to the Highlands:

“It’s an intriguing game certainly. We go up there in good form but they’ve obviously had a great start to the season as well. We were excellent against Morton in our last league game and we want to make sure we carry all the positives from that match into this one because we were very good at both ends on that day.”

Thistle are the top scorers in the cinch Championship at this point in the campaign and the gaffer says he’s pleased with the variety of goal threats within his side.

“We’ve got goals coming from lots of different areas at the moment. Kevin Holt popping up with three over the last four games or whatever it is being an example of that but we’ve had Zak and Brian scoring, Docherty’s got one, Tiffoney’s got one and that’s great for us. The thing is, I think we could have been more clinical in a few games so far this season and scored even more but 10 goals in four games is still pretty impressive.”

The Jags’ backline is also showing a lot of promise with three clean sheets in the last four games and that rear-guard has been further strengthened by the addition of Stephen Hendrie on a deal until January.

“He’s been in with the group for a few weeks now so we’ve had a good look at him. He was playing in the English League Two last season under Derek Adams who I have spoken to about him and he was playing plenty of games in a winning side that ended up getting promoted so he’s certainly got the ability to play at this level.

“That being said, he doesn’t walk into the team at all. Richard Foster has been playing there for us and we feel he’s been excellent so Stephen will have to continue with the hard work he’s put in since he arrived to earn a spot in the team.

“On top of his playing ability, he’s fit into the group really well. Similarly to Tunji before he signed, we’ve been able to see him as part of the dressing room in training for a couple of weeks and he is absolutely the right type of boy which is something that’s very important to me.”

McCall finished by giving us an update on squad news ahead of the trip to the Caledonian Stadium.

“The only players who are missing for us are Darren Brownlie of course and Steven Bell who has done some light running so should hopefully be back soon. The guys who were away with the under 21s all came back in yesterday and will be available for selection.”

The home side are offering a pay-per-view option, priced at £15, for any supporter who wishes to watch the match – click here for more info.