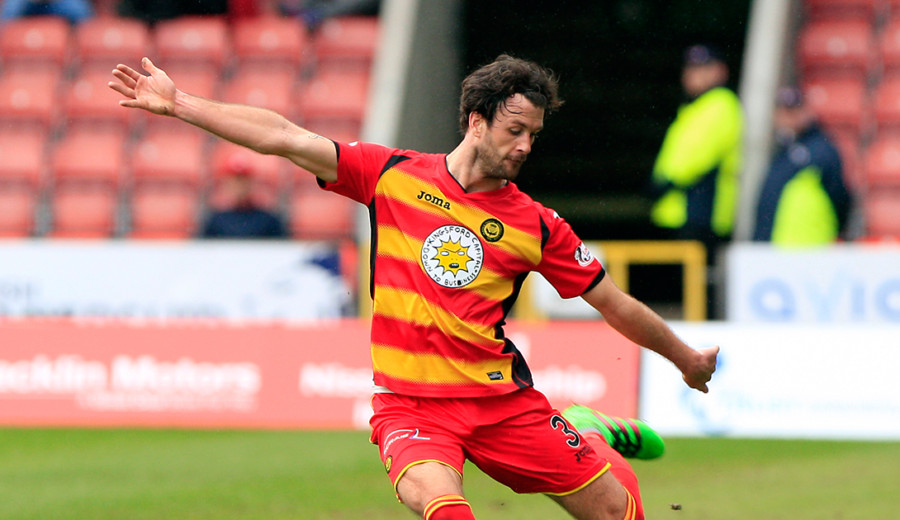 Dan Seaborne had to watch from the sidelines as his teammates lost 2-1 to Dundee at Firhill last Saturday. The defender was suspended but after his enforced break he is back and raring to go against Inverness on Saturday.

He said: “It was highly frustrating to miss out against Dundee. It was awful to miss a game after the break. You get into a rhythm especially playing Saturday and Tuesday so much and then to have to sit out wasn’t enjoyable. However you can look at it the other way and it’s given me a rest ahead of the run in and I should be rested ahead of some important games.

“I’ve trained well this week and worked hard and hopefully the manager will put me back in but the others have done well so it will be tough.”

That defeat to Dundee was a dent in the race for seventh and with Saturday’s opponents Inverness also moving above us in the table, Seaborne is hoping for a win to leapfrog the highland outfit.

We’ve had a good week of training and been working on some things ahead of the game. We’ve obviously looked at the Dundee game to see where we went wrong and worked on that this week and hopefully we can put in a performance against Inverness and get all three points.

“We are still trying to finish seventh. The major aim is to improve on last season and all the boys are desperate to do that. We know we have to win to make sure we are safe but hopefully we can confirm that on Saturday and then look to finish as high up the table as possible.”

Dan admits he always enjoys matches against Inverness and is looking to continue our recent good record against them.

“I always enjoy matches against Inverness. It’s always a tough game. They are one of the good footballing sides in the league. Personally I enjoy it because it’s always a good test and more like a game of chess sometimes rather than other games which is just all long balls up the park.  Our record against them gives us good confidence but it’s not something we think about or look at too closely. Each game is different and we have to perform on Saturday if we are to continue with that record.

“We went behind early last time against them at Firhill and started the game poorly so we need to make sure we start well against them this time out.

The centre half took time to reflect on his season so far and is happy with how it has went but he does have one regret.

“I’m pleased with how the season has went for myself personally, after the injuries at the start I’ve managed to string a good run of games together. I’m pleased with how I have played and I’ve been really enjoying my football. I was obviously really disappointed to miss out on the top six, it’s something I would have loved to have done and something I would have loved to have done with this squad of players. We have a great bunch of lads and a talented group of players in the squad.”