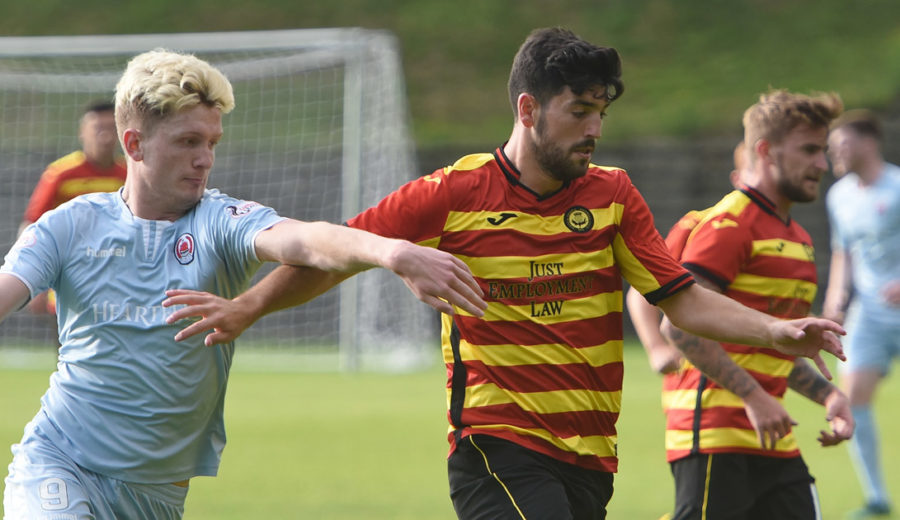 Tam O’Ware: I can’t wait for the new season

With the new season drawing ever nearer, there is a sense of excitement growing around the Energy Check Stadium at Firhill. The disappointment of the season gone by has been converted into a renewed optimism about the upcoming campaign. A strong core of retained players including club legends Chris Erskine and Kris Doolan, as well as exciting prospects like Andrew McCarthy and James Penrice has been complimented by no fewer than seven new recruits so far this summer. One such recruit is experienced centre-half, Tam O’Ware. Tam joined Thistle from Morton to open Alan Archibald’s summer dealings and has quickly settled into the Jags dressing room. ptfc.co.uk caught up with Tam with just a couple of weeks left until the Betfred Cup kicks off.

We began by discussing the settling in process. Tam has been with the squad for the whole of pre-season having signed early in the summer and has enjoyed his time with the club so far.

“Everything’s been really good. The lads have been good, the training’s been good and it’s all been a very easy transition. The dressing room here is a welcoming one and that helped me a lot.”

We then asked Tam about his new defensive colleagues. The Jags will line up with a very different looking back line this season after a lot of summer departures but O’Ware feels like the defence is clicking already after just a couple of weeks and a few bounce games.

“I’ve had the chance to get to know the other defenders like Sean McGinty and James Penrice. I reckon the partnerships will really be tested when the competitive football comes in but I’ve definitely felt an immediate understanding between us which is great so early on.”

Signing from Morton after eight years with the Ton, O’Ware has plenty of Championship experience. He is not alone in that sense though as plenty of other players in the squad have played at this level before with James Penrice, Chris Erskine, Cammy Bell and Kris Doolan being but a few examples. Tam sees that as key for the season ahead in a league that is very different to the top flight.

“The Championship is very different to the Premiership and that sometimes shocks the teams that come down. There’s a different flow to games and the style of play can be nothing like the Premiership. Luckily, a lot of our guys have been before and played on top end Championship teams. Kris Doolan, Chris Erskine, Stuart Bannigan and Christie Elliott were all here when the club last went up and James Penrice, Cammy Bell and Blair Spittal have all been part of teams finishing in the play-offs. So, we have the quality in the squad to do well in this league.”

Tam finished by telling us he’s just dying to get into competitive games with our season opener against Stenhousemuir creeping slowly closer.

“The first two weeks of pre-season are where the bulk of the work is done, once you’re past that point you’re trying to maintain the level of fitness you’ve reached until you get into the season. Thanks to the Betfred Cup, there’s not too much waiting around in July and we can just get into it. Personally, I can’t wait and I’m sure the rest of the boys feel the same.”

Sponsorship of Tam’s away kit is still available, for more information please contact