Season Tickets on sale now!
In this section...

The Red and Yellow Army are back! 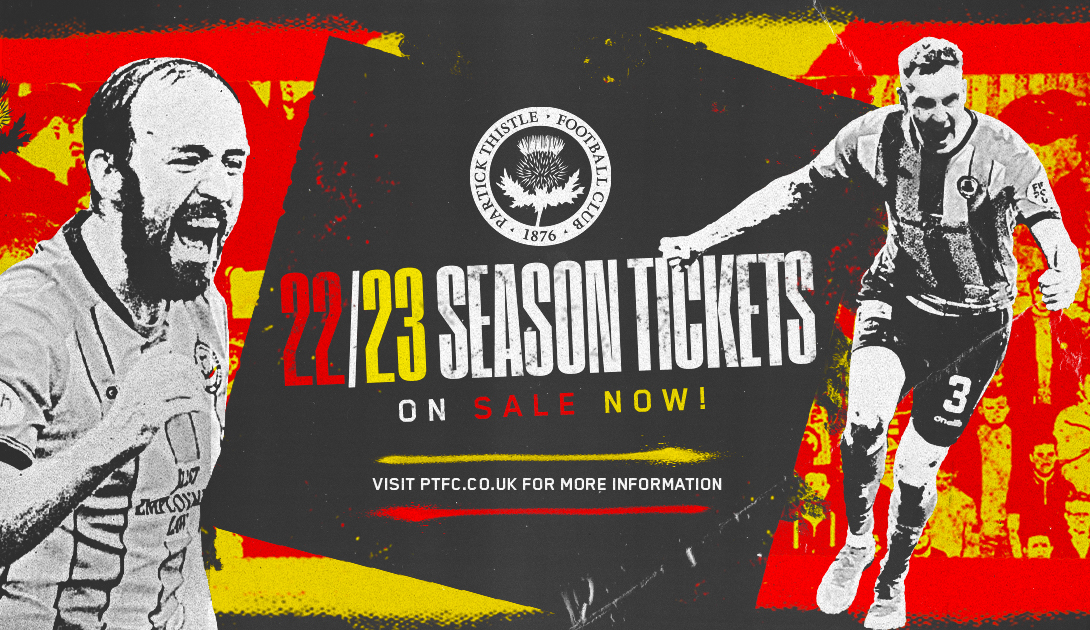 Season 2021/22 saw the Red and Yellow Army return to Firhill following COVID restrictions and the support the squad received was absolutely phenomenal.

A successful first season back in the cinch Championship saw Thistle spent the entire duration of the league in the top half of the league and reached the cinch Premiership play-off quarter finals – the manager has his eyes set on finishing even higher in the division next term.

With a brand-new pitch being laid, no ground sharing at Firhill and a statement of intent from the manager with pre-contract signings Harry Milne, Anton Dowds, Aaron Muirhead and Jack McMillan it’s going to be an exciting summer around Firhill and you can be part of it.

Season Tickets for the 2022/23 campaign are now on sale and you can show your support for the club and the manager by purchasing yours now.

Times are tough for everyone right now with household bills rising by the month, that’s why we’ve kept our prices frozen to make football at Firhill as affordable for as many people as possible.

The offices at Firhill are now re-opened for Jags fans to pop in and purchase their season tickets in person. You can also be part of the Red and Yellow Army for the season ahead through online purchase or by phoning the club on 0141 579 1971, selecting option 1.

Existing season ticket holders are guaranteed that their current seat, which was occupied for the 2021/22 campaign, will be held until Friday 29th July.